Often, there was poison in the pocket of his hand. And if it didn’t kill him outright in a hotel room somewhere, it would deepen into his life, until it poisoned every breathing second of it.

I believed he cared…about himself, or me…anyone. But he always wanted the high more. He wanted the drug. His skin would remember the satin flush of ecstasy. The hunger for oblivion, and a painless, guiltless existence swirled within him. The shiver went straight from his spine into the thick, healthy veins down his arms. That is the golden minute of heroin’s long, lonesome night.

I would come home. Focus would be spilling from the ocean of his blue-green eyes. Falling and fading as he was, the mask of his many charming yet abrasive attitudes began to slip. Suddenly he would look very young and vulnerable. There was never any sign of drugs anywhere, but his eyes were contracted to pinpoints. He would mumble a short “I love you, Shelby” before nodding back off. Still, he was beautiful. His hair always smelled of the sun. Sometimes, the high would wrap him into an unworried sleep. Sometimes not.

In the beginning, our days, dreams, and drives were entangled in the ravel of high-school life. As each day started to die, stoned to sleep, we would walk through the dozy afternoon streets together. We’d be alone in the dark of our car. It smelled of sex, sweat, and cigarettes. We were both interested in everything and committed to nothing. We wanted to travel the world but didn’t care to set the dates. We changed dreams on a dime. We numbly moved from one possibility to the next. My instinct was to run (stumble) from place to place, planting new seeds and beginnings everywhere, but never following them through. But with every new bright beginning, the stain of the end would sweep through, cutting into my heart. Memories clouded my eyes. He went from Durango, to jail, to rehab, to the halfway house, to home, to my house, to jail, to the Zen center, to rehab, and again and again. He had a simple definition of suffering. Suffering is when you’re hungry for something. When you’re not hungry, you’re whole.

Learning he relapsed was always shocking to me. It didn’t matter how many times he relapsed—the truth was deafening. Every time my eyes would become blinded by the earth. The choking struggle for breath. The smell that would fill my head was the smell of my own death. Seawater, blood, and earth.

Simply put, I went in deep. I went so deep. I tried to fight the past for the two of us. I knew that I would live and die for that love. And he knew it, too. No amount of lies would run me away. I’m not sure which part was more frightening—the powers that crushed us or our ability to endure being crushed.

And then, a hand on my shoulder. We were at a Thanksgiving potluck in Atlanta, at another rehab center. I was visiting. He manipulated me. Again. “Why are you mad? Let’s hug it out.” And it was over. That was it. After five years. Just that.

I wrapped silence around myself like a scarf. And first, I healed. Then I moved on.

Addiction not only hurts the people caught in its clutches; it hurts everyone on the sidelines who gets pulled in. Reach out if you could use some help navigating these waters. We are all capable of rescue. The road to safety, love, and freedom does exist for you. And I would be absolutely honored to assist in your journey. 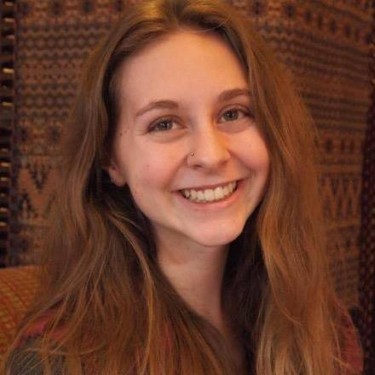 About the Author | Shelby Robbins

Shelby Robbins is an alternative healer and teacher in Louisville, Colorado. Nothing fuels her like showing up for others to hold space for their transformation. Her journey began after attending university in Squamish, British Columbia. Shelby landed herself in the hospital with a heart condition. Here, she met her first teacher. She apprenticed under this shaman for two years and quickly healed her body. She also learned the ins and outs of energy medicine while crafting her own soul’s stamina and shine. She has since facilitated trainings, workshops, retreats, and classes, leading adults and teenagers to their edges. Her studies have also led her to spending three months at a Zen center rigorously finding her path in meditation, completing a few 12-step programs, massage training, and authentic relating deep dives. Her learning never stops. Now she skis, takes long walks with her boyfriend, and throws spontaneous dance parties with her teenage sister. Her mission is to claim the right to be ecstatically alive in all the places that she touches the world.