Age Told Her So

María’s life began to change. She loved her life, but before she knew it, she had a new life that very few knew the details of. She learned quickly to keep her circle tiny, and she knew that both worlds couldn’t possibly coincide.

Stuck between wanting what was right and the thought of settling, that “it would do,” she was willing to go through the drama to have what she wanted. Because this woman, almost always got what she wanted. She had a way with her words, and seemed to be able to change things in her favor.

She was listening to her age telling her that it’s gotta happen sometime. Maybe all of the items on her list weren’t all that important, and she chose to ignore the red flags time and time again because she wanted to be wanted. She so badly wanted to be loved like all the others experience. She was envious and refused to let the thought that maybe she just wasn’t meant for it could be true, or that maybe she was never meant to be loved that way. Maybe she was never meant to marry.

Maybe she wasn’t good enough. Hmm. Good enough. Isn’t that what we women struggle with in our minds? We’re consumed with the lie that we’re not good enough, or not deserving of such things. That maybe we’re not cut out for it, or that love isn’t meant for us, when all we really want is to finally be held like everyone else.

Holding hands with compromise, we lower our standards and begin to accept what used to be unacceptable to us. We begin to break our own rules with the thought that maybe we can have it, if we just give in a little. Yet, deep down, knowing that it is all so wrong, we push it aside and accept what should sicken us. Slowly, somehow dying, our spirit gasping for air – yet we go on. Because age has told us, and when all our friends are getting married and having children, yet here we are, still waiting. Waiting ….

When she was once very content in her singleness, somehow one person changed all that and she began to want more than just “waiting.” She wanted what was next, and she wanted to make it happen for herself, disregarding the connection her heart made along the way.

Then, she realized that it’s not too late to back down now, because the real thing is around the corner and she is still entertaining the decoy only her heart might be farther in than it was before.

She has a choice to make. She prays that God would protect her heart but she still hasn’t let go of it. She is still trying to take matters into her own hands. If only she’d become fed up and choose to wait just a little while longer. She IS enough. She IS deserving. She IS meant for this, but the work must be in God’s hands, not hers.

She must surrender it and let go, once and for all. 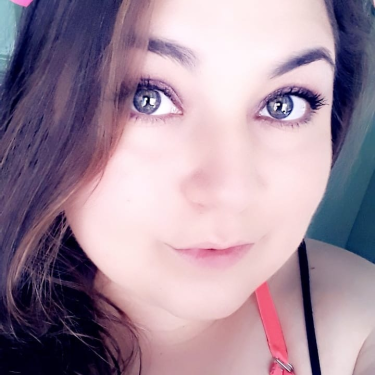 About the Author | Amanda George

0 comments to "Age Told Her So"