It was two years of the highest highs and lowest lows. I wanted to give up at times, but I didn’t have a choice. I had two little ones who were watching me. I had to be strong and show them that it would be OK.

As I sat at my cubicle at work, my phone started ringing. I had an unusual urge to answer it. When I said, “Hello,” the police department was on the other end. The policeman asked, “Are you aware that your daughter has been harmed?” I almost fell out of my chair. From that moment, I had no idea my life would completely change.

That summer was filled with pain and sadness. My marriage of 12 years, to a man I’d been with since I was a teenager, crumbled by end of the year. But together, we fought for justice for my daughter, and by the next spring, we had victory. It was still rough; the divorce process was ugly. I was in pain from his infidelity and cried myself to sleep. I was scared, as well. I had not ever been on my own financially and was also taking care of my parents.

Somehow, something inside of me just clicked. I told myself, I am more than enough. I focused on bettering and loving myself first. By the summer, my grandma, who’d raised me in the Philippines, fell ill. I had planned to visit her every year but kept putting it off. I knew I would regret it if I didn’t go. So, I went.

When I arrived in the Philippines, she passed away the very next day, as if she’d been waiting for me. I was heartbroken. I went back to work a couple days later, but I felt uneasy and couldn’t quite figure out what was happening to me. Later that day, I couldn’t find where I’d parked. By that weekend, I also had a migraine, but I thought it was all due to jet lag after traveling through different time zones. I was so wrong!

That night, I had insomnia. I was up at 3 a.m., sobbing, and I couldn’t control my sadness. I had repetitive music running through my head. I was scared as hell, aware that something was wrong with me. The next day, I started hallucinating. I went on with my day but then had a breakdown in the women’s bathroom at noon. I was sitting on the toilet as tears flowed down my face, asking myself, Am I too young for a midlife crisis?

I sat in the stall until my friend came in to rescue me. A couple hours later, I was sent home in a taxi, as it was obvious I was not making any sense and needed to get help. Everything went downhill when I arrived at the emergency room. I sat in the lobby, waiting to be called, and looked at the television. I was afraid—it was speaking to me directly!

I looked at everyone in the room and felt as if they were all staring at me. The next thing I remember, I was waiting in a hospital room. The nurse asked me a few questions, and I was mad at myself for not knowing the answers. I was aware I’d given her the wrong answers, but I couldn’t remember when she asked me where I worked, what I did, and what was my birthday. I laid on the sterile bed in a fetal position, thinking I was going to die. This is the end, I told myself.

Then the nurse came back with a couple medics. They strapped me on a stretcher and wheeled me away to an ambulance. I could see the red lights flashing, and suddenly, I closed my eyes. I “woke up” three months later. I had no recollection of anything that had transpired. I thought I was dreaming the whole time. It took intense physical, occupational, and speech therapy to get me back to whatever my normal meant.

I will never forget the day when one of the doctors showed me an image and asked me what it was. It was a picture of a hammer. I knew what it was. But the word wouldn’t come out of my mouth. I was so frustrated with myself, and I was scared I would not be able speak correctly ever again. On the very first day that I was wheeled out in a wheelchair to practice walking outside the hospital, the sun was shining so bright. The sound of the cars driving by affected me, too. I stood up from the wheelchair and took my first steps.

To this day, I still don’t have a definite diagnosis, because I opened my eyes while doctors were trying variations of treatments. The closest diagnosis is anti-NMDA receptor encephalitis, which is a type of brain inflammation due to antibodies. Over the next few months, I devoted myself every single day to learning how to walk again. My left leg was still slightly bent and I couldn’t straighten it. I had to exercise my brain, as well, so I purchased elementary-level workbooks so I could relearn basic math and writing. I also had to pass a driving test again. I cried when I drove on the highway for the very first time.

My kids were affected the most. They thought they had lost me. But I had been given another chance at life and vowed not to take it lightly. Within my first year of returning to the real world, I’ve done more with my life than I did in my entire life. Something changed in me. I’ve had to pick up the pieces as a single mom and rebuild everything in order to raise my two kids. The back-to-back tragedies served as a catalyst for me to create a life of purpose and joy. Loving me was the first step. Fully knowing who I am as a person and what I’m capable of gave me confidence.

I’m now an active kickboxer, half-marathon runner, and a brand story evangelist. I’m in control of my finances and my future, and I even found my soulmate. I became more confident after revealing my authentic self with no fear, and I’ve excelled in my career. I’ve learned that you heal when you share your story. The more you reveal, the better you heal. You don’t need to have it all figured out to move forward. Take it one step at time, but don’t be afraid to lean on others. As human beings, we have the innate power to build each other up. I’m now pursuing my calling to empower other women to walk with purpose and transform their pain into power. 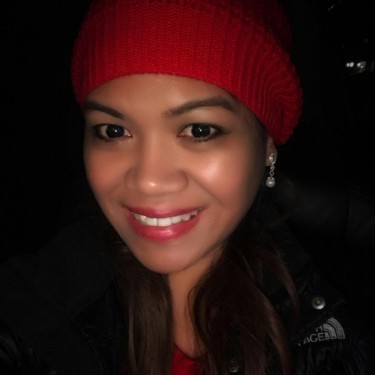 About the Author | Cat Almanzor