Not in Our Name

Last week, we witnessed a horrifying moment in our nation’s (and indeed, the world’s) history. It’s something many of us feared for several months, if not years. We all witnessed the hateful, dangerous, and deliberately divisive rhetoric of the outgoing president boil over into an attempted overthrow of our already fragile democracy.

It’s become crystal clear that when the nation’s political right appeals to “law and order,” it’s all about the version of law and order they’ve imposed—which is all too obvious given their treatment of the people who tirelessly marched for justice after George Floyd’s murder last year. The opportunism of so-called leaders who have distanced themselves from the outgoing president despite having fanned the flames of his arrogance and lawlessness will not be ignored, either.

What happened last week is part of a long line of authoritarian tactics that have waged war on truth with a deliberate campaign of disinformation and hatred, dividing our nation further and creating even more distrust in the institutions that are supposed to protect us.

Those of us who are committed to justice cannot afford to turn a blind eye, excuse the so-called “leader of the free world” after he deliberately (and treasonously) incited a mob to violence, or make excuses for the destruction and delusion that are continuing to be waged by him and his most strident followers.

While we can exercise compassion, we must refuse to honor the roles that those sowing the seeds of discord are playing. We must disrupt their patterns through our willingness to step up, have hard conversations, and say, ‘ENOUGH IS ENOUGH!” while also recognizing that we are part of one another. The goal isn’t destruction, but we cannot stand down in the face of domestic terrorism and demagoguery.

We need accountability. We need to say a firm “NOT IN OUR NAME!” to injustice and oppression. We need to shut down the lies and disinformation that have for years run unchecked thanks to the people who run our social media platforms, who must take their share of responsibility for spreading the wildfire of fear and paranoia.

Many of us are understandably shaken, but at the same time, we are already witnessing the ways last week’s blatant act of sedition is starting to backfire against the outgoing president and his allies.

Next Monday is Martin Luther King, Jr. Day—the day we commemorate the most influential civil rights leader of our nation’s past century. In honor of a man who gave his life to peace and justice—not just in theory but in action—we must rise up and prove we are worthy of the legacy he left behind.

Dr. King also famously said that the moral arc of the universe always bends toward justice. The process of change might feel daunting, even messy at times. But for those of us who are advocates of true justice…the kind of justice that seeks healing, reconciliation, understanding, truth, and an unwavering belief in the dignity and wholeness of all people…we must recognize that we cannot embark on this journey in isolation.

There are very real forces seeking to tear us apart and to place the interests of some over the welfare of many. The rhetoric of the outgoing president is hellbent on perpetuating this kind of misguided approach, all in the name of “patriotism” and “freedom.” We cannot let ourselves be divided by the disease of fear, paranoia, delusion, intolerance, ignorance, and misinformation—all of which ran rampant on the national and global stage, in a grotesque carnival of ugly images that encompassed Nazi slogans and Confederate flags, and that led to the loss of life.

May the movement for justice be life-affirming—a celebration of every single one of us, not the so-called leaders who seek to wage war and further their own egotistical ends.

In the words of the 1 Billion Rising Movement (a movement that has bravely centered the importance of addressing gender-based violence against cisgender, transgender, and nonbinary people, as we envision what true peace can look like): “Justice is a community of hundreds united together—women, men, children—dancing in the streets, singing to the seagulls, laughing loudly, loving courageously, sharing the smiles, not hiding the tears, and embracing one another as a human family, an undivided race. Justice is safe, it is open, it is without fear, without shame, without false ideas or projected illusions. Justice is love living freely and dancing wildly. It is the spark of hope and the seed of life which grows for generations. Our acts of justice begin moment by moment. Only in the present can we create the world of our dreams which embodies peace and sustains wholeness. Justice is community action. Justice is individual action. Justice is love in action.”

This is not going to be easy work—and we might not feel we are ready for it. But now is the time. Our time.

If 2020 showed us anything, it’s how powerful we can be when our focus is on building community, choosing love over fear, and saying yes to our healing. Thankfully, we are not alone in these pursuits. We have each other. Together, we will prevail—not as a mob, but as a community committed to picking up the pieces together. Together, we will walk toward the future so many of our predecessors painstakingly paved the road toward and made possible for every single one of us. 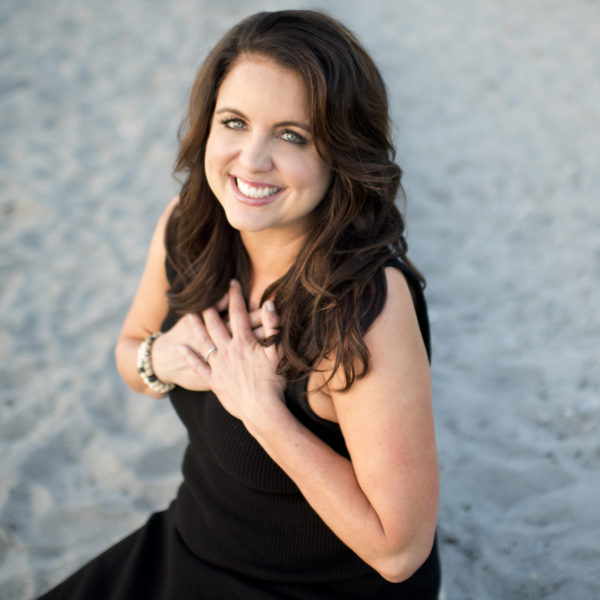 0 comments to "Not in Our Name"