My son’s school sits atop a hill and the view is breathtaking. On most days, I forget to notice, but this morning, the sun was making her way through the dark clouds. The sun’s rays almost looked like fingers, spreading light through a sky that looked ready for war. I said to my son, “Look. That is God’s best work. That is God showing the world grace by allowing the sun to peak through the clouds. And the clouds are showing grace to the sun by allowing her to shine.”

My comment about grace to him was rooted in my own need for grace this morning. Last night, the baby didn’t sleep well again, and I was in and out of bed almost every two hours, like clockwork, all night. I haven’t been wearing exhaustion well, and in the haze of it, I yelled at my husband. Again. After we all fell back asleep and I woke from a fitful rest, there was a text on my phone: “I’m sorry about last night. I love you” Not only did my husband extend grace; he also apologized for something out of his control. And, I appreciated it. My soul needed his grace and even though I hadn’t apologized yet to him, he extended the hand.

Grace calls us to forgive, even if people aren’t sorry or deserving. Grace calls us to turn the other cheek, as Jesus calls us to do. Extending grace is difficult and something that I haven’t always been good at doing. At times, being right or seeming justified has been more important to me than showing grace.

Recently, I’ve felt ignored by a mother at my son’s school. I have seen her numerous times around town and on the campus, and she literally seems to look away and refuses to acknowledge me. A few weeks ago, I sent her a message and asked if I had offended her. She didn’t reply for over a week and finally called and left a message, but by that time, I was angry. Hurt and placing blame, I didn’t answer my phone and I didn’t return her call. I could not extend grace or give her the opportunity to apologize. I could not, and I would not. I kept my hands closed.

In the meantime, during that very same week, I was reminded of what it feels like not to be forgiven, to be judged, and to be the unwelcome recipient of loathing. It hurt, and despite my very best efforts with a co-worker, he could not and would not extend grace. I reeled at how unfair he was being and how he was holding onto anger.

God works in wonderful ways because, not even five minutes after that conversation, I walked back out to the car, only to hear my name being called. I turned to see the mother who I felt had been ignoring me. She was rushing after me, explaining why she hadn’t acknowledged me in the hall or at the store. While she didn’t quite say, “I’m sorry,” I could tell she was, or at least she was sorry for my reaction. And, I decided to extend grace. I looked at her and said, “Thank you,” and, “I understand.”

It might seem small in the scheme of things, but I heard God’s message today. It came from the grace my husband showed me, God showed the world, and the clouds showed the sun. I, in turn, passed it on and felt the healing power of extending grace. 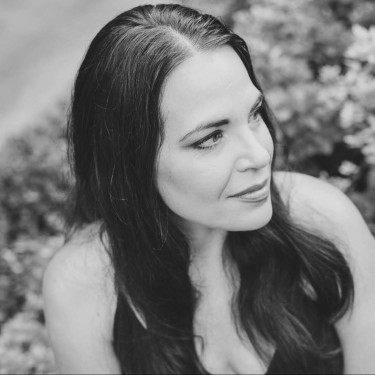 About the Author | Kara Lawler

Kara Lawler has been published in various publications, but has shown up most regularly on The Huffington Post, Parenting, and the Today Show. Tori, the editor for Mamalode, said, "Kara Lawler is an eloquent writer whose pieces explore a depth of emotion and honesty that is nearly unparalleled. She is as talented a writer as she is storyteller, and when she entwines the two, she produces pure magic." Kara writes about the divide that is mothering her own children while still mothering her spirit and the sacred. She works hard to see the beauty in the mundane, and motherhood has been like a camera lens coming into focus: she tries to sees what really matters and she writes about it. Holy abounds in the everyday, of that she is sure, and God is revealed to her daily in the faces of her children. In the end, she’s most proud of the work she does at home with her own children. Blessings abound in the holy, holy.  Join Kara’s tribe on Facebook (www.facebook.com/motheringthedivide) or by visiting her website: www.motheringthedivide.com  Her new book, A Letter for Every Mother, co-written with Regan Long, comes out on April 3, 2018  everywhere books are sold.