The Road to Recovery

Poor me, poor me, pour me another drink.

There’s no question that those such as myself suffering from the throes of substance abuse can be selfish in their nature. Though we frequently lack sympathy or empathy toward other individuals, often we expect others to feel sorry for us and the woes that chemical dependency has delivered to our doorstep.

In my life, I played the perpetual victim. No one’s life was as difficult as mine, no one understood what I was going through, and if your life was as bad as mine, you would drink and abuse drugs, too.

My parents were getting divorced. I suffered from depression and anxiety, and I struggled with an eating disorder, so clearly my life was just worse than anyone else’s, right? I now know that I am not the only one who has struggled with these things in life. That, in fact, my problems were far less than others. My troubles were just an excuse to drink and use drugs. I would use any excuse to use, and this allowed me to do so without taking any ownership over my actions.

Common phrases I used to justify my victimization were:

As addicts and alcoholics, giving up control is not something we want really want to do. It has been our coping mechanism for so long! We are convinced that if everyone just did exactly what we wanted them to do, everything would be fine.

The only problem is, that is not how the world works. Our egos are so big that we believe everyone around us is the problem, so we never have to take a look at ourselves. Because if we looked at ourselves, it would just be too much to bear. So we continue to blame everyone and everything around us for every circumstance in our lives. This just perpetuates the vicious cycle of victimization.

“I have to drink because YOU people can’t just get it together.” We alcoholics and addicts will, and do, always find some excuse to drink. Got a promotion at work? Drink! Got a speeding ticket on your way to work? Drink! You see where I am going with this…anything good or bad that happens in our lives gives us an excuse to do exactly as we please…which is to drink.

I think the first time I heard myself say, “Yes, that was my bad, I can own up to that,” was after I completed my fourth and fifth step with my sponsor. I had never been able to really see just how large my role was in everything bad that ever happened to me. I never realized that when people had hurt me, or when I didn’t get what I wanted, that for the most part, those things were actually the result of something I had done or said.

I realized I had been playing the victim almost all of my adult life. After my manipulative abilities ran out, and I found myself alone and addicted to a handful of different types of drugs, I found the rooms of AA and worked a 12-step program. I was given the tools I needed to stop playing the victim, and to start being a responsible adult.

The Road to Recovery and Taking Responsibility for my Actions

Once I was finally willing to make changes, to kick my addiction and become a new person, I found that living life as a victim doesn’t carry the same validation it once did. The 12 steps were the only thing that had ever shown me my true nature.

I believed I had control over myself, others, and events that happened around me. There came a point where I had to stop blaming other people and situations for my addiction and seek appropriate help. I cannot achieve long-term sobriety unless I take responsibility for myself! Sobriety cannot be achieved unless you take responsibility! Don’t let addiction win! 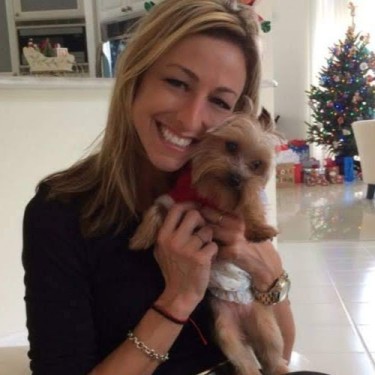 About the Author | Crystal Hampton

Crystal Hampton is a 37-year-old avid writer from South Florida. She works for a digital marketing company that advocates spreading awareness of the disease of addiction. Her passion in life is to help others by sharing her experience, strength, and hope. https://paducahrehab.com/