At age 32, I wrapped up my life in New York in two weeks and moved in with Amin, my 30-year-old brother, who lived in Seattle. I knew this day would come, but no one in my family had believed me.

My longest-standing gripe with my parents was that they had not enabled us to have a strong sibling relationship and that Amin and I were two strangers who’d grown up in the same house.

Amin was diagnosed with muscular dystrophy (a degenerative condition) shortly after his second birthday, but that never stopped him from reaching the greatest heights of independence and individual success. He was our “baby genius.”

Amin graduated as salutatorian of his high-school class, enrolled in the Management & Technology Program at the University of Pennsylvania (an Ivy League institution), earned two degrees in four years, and interned at Google and Microsoft before accepting a full-time offer at the latter.

Many of Amin’s friends didn’t know he had a sister. Many of my friends believed I was an only child. We knew we couldn’t stand each other for more than a few hours at a time. Amin’s traumatic injury in October 2018 suddenly brought us together. I moved in after Thanksgiving, but with strict plans to move out in six weeks.

On day four, Amin asked if I would consider living with him permanently. This must be his injury talking, I thought. It’s only a matter of time until he realizes that we can’t live in the same place. I don’t want to walk on eggshells forever and there’s no way I can fit myself into a neat little box in his life permanently. Besides, it’s not healthy for siblings to live together at our age, I silently concluded.

On day seven, Amin asked if we could sign up for sibling therapy. I enthusiastically agreed, mistakenly believing that I already knew everything about my childhood and that there would be no surprises this time around.

But I was wrong. During the first session, we learned that Amin was the “golden child” and I was the “scapegoat” of our family.

Our therapist confirmed this family pattern by asking Amin to share something positive he’d heard our parents say about me. His silence was deafening and pierced straight through my heart. I had learned to cope with the inconsistent emotional support from my parents, but being reminded of that reality plunged me back into the past, and my mind replayed my parents’ messages back to me: You are deeply flawed, can do nothing right, have made nothing of your life, and are a burden on this family.

I could almost see the neurons rapidly firing in Amin’s mind. He fought hard to hold onto the belief that our parents are rational, reasonable people. He was convinced that there must be a valid reason for the all-negative picture of me. He brought up several instances as evidence of my “irresponsible” behavior to reinforce our parents’ version of my life story—that I was inconsistent, unfocused, and undisciplined.

We switched gears, and I was asked to share a memory linked to deep pain and vulnerability.

I thought back to my wedding day, June 14, 2014, when our mother put her sister’s preferences above mine and demonstrated that I wasn’t even second place (after Amin), but that I was last in our family. My needs and wants didn’t matter, not even on my wedding day.

When I experienced emotional abuse in my marriage, I didn’t know what to do with myself. I didn’t know where to turn for support or whom to trust anymore. I was gasping for air in a chamber of inescapable pain. I made one last attempt to reach out—this time, to Amin. I asked if he would let me come to Seattle and stay with him for a few days.

But Amin wanted nothing to do with me. It was the last straw. No one was willing to take me in for a few days, offer comfort, hold me for just a little while. I was abandoned with my pain, because of my pain. Less than an hour after that phone call, I attempted to end my life and relieve the world of this unwanted burden.

Amin’s knee-jerk response when I shared this story was, “Wow, I feel like an awful brother.”

The therapist chimed in: “Hold on a second—your sister is not sharing this to blame or attack anyone. Let’s see if we can practice empathy here. I want you to imagine what it must have felt like to be her in that situation, and just sit with it. How do you feel?”

Therapist: “Sabrina, would you agree that this is what you felt?” I nodded.

Amin turned to the therapist and asked, “Why does this happen? Why would parents do this?”

“Parents unconsciously blame the scapegoat for all their own shortcomings and childhood issues they haven’t worked through. Then they repeat it over and over, which causes them to believe it even more strongly. It’s called repetition bias,” she said. “They collect evidence to explain and support their distorted version of reality and ignore facts that undermine it (confirmation bias). By controlling the narrative, they gaslight individual children to maintain power over the family as a whole.”

She continued, “It wasn’t just the geographic distance in adulthood that separated the two of you; it is also a starkly different childhood despite having the same set of parents.”

We both sat in silence, slowing processing her words and our heavy emotions.

I never thought that one day, we would be sitting face-to-face in a therapist’s office, with the intention of sharing and understanding how different our childhoods have been. And even though I don’t need my family’s validation anymore (because I have learned to live without it), it still feels like a balm on my wounds.

So why did I move to Seattle? It was a combination of the scapegoat pattern playing out (due to a highly empathetic nature, the scapegoat responds and gives of herself when the birth family is in need) unknown to me at the time, as well as the long-held desire to have a strong relationship with my only sibling. I couldn’t be happy living in New York knowing that my brother needed me in Seattle.

I am deeply grateful that Amin signed us up for this extraordinary experience—granting us a chance to override the golden child and scapegoat patterns, overcome our individual insecurities, and forge a new relationship together. 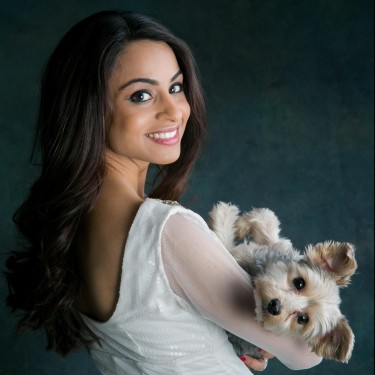 About the Author | Sabrina Lakhani

Sabrina Lakhani is a behavioral scientist, with a background in market research and marketing consulting. She writes about self-knowledge, relationships, and community building. Sabrina was born and raised in Chicago, Illinois. Sheʼs also lived in Pakistan, Afghanistan, Kenya, Singapore, France, and India. She attended Babson College and earned her MBA at INSEAD

0 comments to "Siblings, but Strangers"