The Blessings of a Long Life with My Parents

I have always loved to sing. It’s an appreciation and a gift I received from my parents. I sang along with them at home, I sang in the church youth group, in my high school choirs, at the coffee house on my college campus. I sang to my sons until the pre-teen years abducted their appreciation of it.

When I discovered Joni Mitchell’s song “Circle Game” in 1970, I was 12. It’s a song about the season’s of a boy’s youth. The “circle game” is a carousel: a merry-go-round of time passing by. I memorized the lyrics and sang the song incessantly. My five siblings probably still hate it. But my parents encouraged my singing, as they encouraged all their children to celebrate their gifts. My dad turns 85 this week. My mom is 84. With every revolution of my life’s circle game, they have accompanied me through its ups and downs.

Just yesterday, a child wondered at the world, sometimes fearful of it.

I remember being four or five, standing outside on a warm summer night, my dad crouched down to my level. He had his arm around me and pointed up to the dark sky, showing me the man in the moon. It scared me, and I cried. My dad hugged and comforted me. Through many seasons and times of darkness, his hugs have bolstered me.

At ten, a child dreams of someday.

When I was ten, I came across an old newspaper clipping that my mom had saved. Our home was featured in the House of the Week section, which included a list of our family members. I was described as “Perky Karen, 6.” Reading it at ten, I felt old, so sadly nostalgic. I ran to my mom, sobbing, “I want to be Perky Karen, 6, again!” My mom assured me that being a mature and wise ten-year-old was even better, and promised that 11 could be grander still. Through the subsequent decades, she has dried many of my tears and nurtured my dreams of someday.

I never could do a cartwheel, being the chunky kid in the family. At 16, I was fat, full of self-loathing for my body and the binge eating that bloated it. In the 1970s, there were no cute, trendy fat girl clothes. So my mom, a skilled seamstress, bought special patterns, altered them, sewed and ripped-out and re-sewed seams to help me “fit in”—in the clothes and in my world. My mom never lost sight of the beautiful girl inside me, even though it would be many turns of the circle until I saw her, too.

When I participated in a summer drama program late in my 16th year, I wanted desperately to attend the summer’s-end party. But the celebration was late at night on the other side of town with no parking nearby. My driving and direction skills were poor. So my dad drove me there and slept in the car until the wee hours of the morning, while at the party, I kissed a boy. Through all the twists and turns of my life, my dad has shown his unique, sometimes quirky brand of love. Not once have I doubted its truth.

Twenty years spin by. Some dreams lose their grandeur, but other dreams are yet to be discovered.

At 20, I was in college with dreams of becoming a child psychologist. That dream never came true, but there have been plenty of new and better ones. Joni Mitchell ends her song when the boy is 20. My circle game has continued almost another four decades to include marriage, motherhood, and career, all rife with joy and pain.

We’ve had some wobbles as the years spin by, but the journey has taken us to a richer place. It’s like sitting on the bench on a carousel, then standing up, getting your footing, and stepping forward to mount the gilded stallion. It’s tricky. But once you get there, it’s so worth holding on. 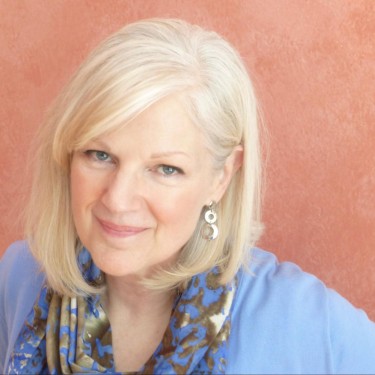 About the Author | Karen DeBonis

Karen DeBonis blogs about her wild adventures as a homebody, including writing (a.k.a. avoiding housework), meditating (a.k.a. napping), and serving a nightly smorgasbord to deer and other critters in her yard (a.k.a. gardening).  She lives in a wonderfully emptied nest in upstate New York with her husband of 34 years.