All It Takes is Willingness

There I was, sitting in a hotel room in Washington DC on a business trip, reflecting upon my life with a trusted friend, expressing how I couldn’t really remember a time in my life where I felt completely happy. If anything, I was unhappy.

And then it happened to me. A deep feeling struck me in my heart. It came out of nowhere, but it just felt right somehow, so I found myself curiously saying the words aloud. “I think I’m moving to Australia.”

Opportunities of this magnitude may not come all the time, but intuition does speak to us all the time in different forms. Sometimes it is through creative ideas. Other times, it is a deeper knowing.

The question is, do you follow it? And if you don’t, why?

Most of the magical life decisions I’ve made have been in following that feeling in my heart, just like moving to Australia. I knew I had to do it, but there were so many reasons why I shouldn’t.

I was in a relationship in Los Angeles, had built up a healthy book of business within my company in the US, and Australia was a really faraway place, so I would be away from the people I love, especially my family. But I followed my feeling anyway, and it led me to ultimately quitting the job I didn’t love, and living a life that is not bound by reason or logic, but by the heart. And when you live by your heart, all that your heart speaks of becomes possible.

What it takes, which may not seem like much, is willingness. In fact, I was reading the Women for One article by Cassandra on the capacity to change and how sometimes the decision that you know you really need to make can be so very hard. I know exactly what she means, because those decisions that have really mattered in my life have often been the hardest.

But that capacity to change isn’t something that everyone has or doesn’t have. It’s through our willingness to do something differently, like Cassandra did in leaving her fiancé, that we gain that capacity to change. And the more willing we are to take risks, the more risks we take. The more risks we take, the more willing we become. Understanding this has been the key difference between my happiness and unhappiness.

I once overheard this morning talk show speak about how successful CEO women typically don’t believe in themselves. The number one response when asked how they became successful, even though they didn’t have a great belief in themselves, was this: I just did it anyway. They just kept doing what they felt to do.

You don’t need to believe in yourself before setting off to run a marathon, start a new venture, or allow yourself to fall in love, or like Cassandra, leave that relationship that is hard to leave. You simply have to be willing to take the steps to get yourself there.

I never believed I could run my own business before I started one, but one day I found myself doing it anyway, and now I don’t require belief in myself, I’m always simply willing to take the steps towards what my heart is calling me toward.

It doesn’t have to be a big move, like the one that found me in that hotel room, or leaving a relationship. It can be as simple as sharing your heart vulnerably with someone in a moment of connection, or doing something new like painting or learning a new language or putting yourself out there at a networking event.

It could be as simple as doing something that you love like painting or building a garden, or following an inspiration outside of your comfort zone. People speak about parenting that way, that they were never ready to become a parent, and how there is no right time, but I bet at some point along the way, accident or not, they became willing!

So no matter what it is that is outside of your comfort zone, in my experience, you will never really be ready, just willing. That’s all it takes, and everyone has willingness within. 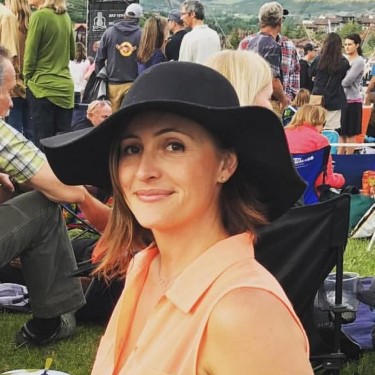 About the Author | Kirra Sherman

Kirra Sherman resides in Alaska with her dog and volunteers as a part-time adaptive ski instructor. She writes, mentors, and speaks about the magic that comes when you trust and follow your intuition and know who you are beyond your identities for the greatest fulfillment in life: aliveness.