Crazy was a part of me. Although I couldn’t quite define its intricacies, a swirl of madness had always swept through my brain as I wondered if I was, well, crazy.

People in my life seemed oblivious to the fact that I would spend hours talking and answering myself. It was the chatter of childhood, and my imaginary friend was a diversionary tactic as I maneuvered through the obstacles of kindergarten. It’s funny how I remember this so clearly, yet my parents would have been the first to tell you that none of this happened. And maybe it didn’t, because I’ve since been told by my psychiatrist that my mind, scarred by the claws of the unknown, doesn’t always know what is and what is not.

What it does know however is that years of shoving darkness so far down into your soul that even your toes turn black and conveniently distort memories is the best thing that could ever happen to the human spirit.The memory was gentler than the reality. The memory was almost playful, as it had me hiding in that man’s room, watching him undress. The reality of my sexual abuse though, was much more brutal.

For years, I carried the memory with me, and nobody knew how dirty and ugly I felt. I still do, really, because how do you undo what your mind has transformed into the misdeed of a little girl sneaking somewhere she shouldn’t have been?

It still hasn’t reconciled with the fact that being pulled inside the door frame of hell, and hushed like a bad child is not the same as believing you were a willing participant. As my story and my mind finally unraveled in my mid-40s, the memory of the man who rented

out one of my grandmother’s bedrooms became so vivid, the sensation of his big hands on my little body was too much.

Fast forward into a depression more fierce than any of the others I had endured in my past; this one tempting me daily to walk in front of oncoming traffic or plunge over the railing onto the frozen winter river. Obviously I didn’t. Instead I saw my doctor, and honestly blurted out between sobs of confusion that all I ever did now was sleep and cry. And ta-da! Diagnosed with major depressive disorder.

I’d love to say that that was my “happily ever after,” because the thought of that big man with his big hand over my mouth would be best shoved into the bowels of the beast. The hauntings continue, but with them have emerged a person who now understands so much of a childhood which consisted of misperception and humiliation. Having the power to overthrow the memory and hold it down, a pitchfork trapping it into the dark, damp soil from which can grow something beautiful; something strong has made me more powerful than I would have been if the crazy had continued to recoil at the bright sunshine.

The plant is shooting up and the leaves are finally unfolding into vivid foliage so thick, that the hands can no longer get through to reach me. 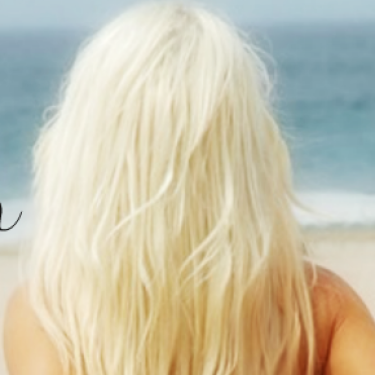 About the Author | Sandra Charron

0 comments to "Embracing the Crazy"