They Lied To Us. What Is the Truth about Eve?

They lied to us. They told us that Eve was a sinner. That she had, in fact, brought sin into the world. They said that she disobeyed God and ruined paradise for everyone, especially men. They said that she was dangerous and could not be trusted. For this, she needed to be silenced and deserved to be punished. They wrote it down in the Bible and said it was the word of God.

Then, we were born: girls. And somehow, each of us in our own way, was blamed and considered poisonous, so they didn’t let us lead or vote for leaders. They preferred us to be pretty and pretty silent. But we were making progress! We were gaining ground!

That is when we awoke to the catastrophe of the lie. On November 8, 2016, the United States elected a president who was a misogynist and liar. How? It had been 2,463 years from the time the Bible was canonized with the myth of Eve until that day. But it was as if no time had passed. The lie was that pervasive, that penetrating—that contaminating.

You see, it was never about the apple. It is about what came after: the epic blaming and shaming of Eve and every woman.

Six years ago, I felt like Eve. I fell from Paradise. Hard. I was literally down on my knees. If you were looking for Rabbi Kolton in July of 2012, you would find her in a state of torrential grief, maybe on the bathroom floor. My life as a rabbi and a Jew ruptured. It wasn’t pretty. “I just wish you had left the temple with your dignity,” said my mom. Yeah, me too. But grace was not available to me then, just like it wasn’t for Eve. We never fall into Grace. No. First, we hit the pavement.

I was then the senior rabbi of a temple near Detroit, Michigan. I grew up in this congregation, which was quite unusual because it was an atheistic temple. As a teenager, the temple gave me precious emotional sanctuary from all the drama of my parents’ marriage and through the years of their divorce. The temple was the only place where I felt at home. But once I turned 40 and I was senior rabbi of that very temple, a deep sense of longing for something else, something more, began to haunt me. I tried to ignore these feelings, but the Universe had a different plan. One July, the Universe kicked my ass and I collided with the temple board of directors in a totally crazy battle of wills, which led me to resign.

I lost my income, my pulpit, and my community. The only place in my life that had felt like Eden was now literally locked behind me. Worst of all, I felt so ashamed. But something kept telling me, “It’s worth it. Keep going. There is so much more!”

But more of what?

I came to understand the force that was compelling me forward more as a feeling than a being. The feeling was definitely feminine in nature and was attached to a strong story—our first, most known: the Biblical myth of a woman named Eve.

In Genesis, God admonishes Eve: “I will make your pains in childbearing very severe; with painful labor, you will give birth to your children. Your desire will be for your husband, and he will rule over you.” (Genesis 3:16)

I could feel Eve’s energy pulsing through me, protesting, “It isn’t right! What you know about me isn’t right! I am so much more. Women deserve the truth!”

They lied to us. They wrote our story, and it was cruel. They stripped our identities and thought that we would vanish without a trace. They counted on us living like ghosts—voiceless and weightless vestiges of a once most-determined breed. But in this great era of #MeToo and Women for One, we are waking up!

Who really is Eve?

Eve is a badass. Far from being a sinner, she brought spiritual bravery into the world. Eve had the capacity and audacity to follow her truth.

Eve is the connective tissue from the patriarchal world, which took hold approximately 3,000 years ago among women-oriented societies that had existed in peace for thousands and thousands of years.

Eve is a living field of Cosmic Mother Energy that is the missing spiritual home that so many women are seeking.

For 3,000 years, feminine power has been constricted, shut down, burned, slayed, hung on the gallows, covered up, and exploited. The time has come to recover from this history. Like the phoenix, together we are rising out of the flames of history to finally, finally, become the free, brave birds that we were always each meant to be! 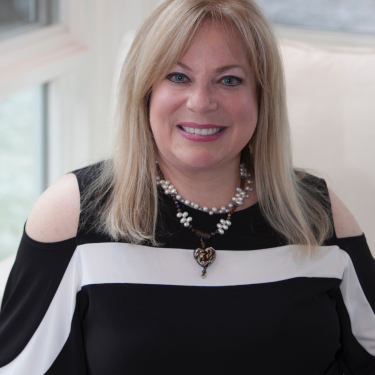 About the Author | Rabbi Tamara Kolton

Rabbi Tamara Kolton is a prominent rabbi, psychologist, feminist, and mom. She was the first person ordained a Humanistic rabbi, an achievement recognized by the New York Times. She has conducted hundreds of wedding and funerals, walking with people on the very best and worst days of their lives. Six years ago, she resigned her pulpit and set out on a brave (even badass) quest to find the Feminine Divine.

50 comments to "They Lied To Us. What Is the Truth about Eve?"