How My Sobriety Restored My Faith in Women

From an early age, my experiences proved that other women could not be trusted. My biological mother was an addict and signed her rights over. I never understood why I wasn’t more important than drugs. By the age of two, my father remarried and my stepmother adopted me.

At first, her love replaced the rejection left behind from my birth mother. My dad and my stepmother had my brother, and things began to change. Feelings of rejection and inadequacy rushed back as the dynamics of my family began to change.

I was five years old when I was molested by a female. The common trend of betrayal continued to validate my fears and mistrust of women.

Looking back, the rejection from the women I trusted the most contributed to my abandonment issues, along with my codependent nature. My biological mother’s rejection was only the beginning of my distaste for women. I believed that I wasn’t good enough, and that’s why she left. When my stepmom came into my life, I remember feeling relief. Maybe I wasn’t so unlovable, after all. When I was molested, I went to my parents—and nothing came of it. Perhaps the sensitivity of the situation and complex family ties were too much to bear. Yet again, I was left feeling unworthy, unlovable, and completely inadequate.

Looking back, I believe my parents did the best they could with what they had. Unfortunately, their lack of action propelled my deteriorating self-esteem.

I spent my adolescent years suffering from undiagnosed chronic kidney disease. I was prescribed opiates. I was treating the symptoms but absent from the solution. At first, my addiction was pretty manageable. I was thoroughly convinced that my use was justified, prescription in hand. Then, my stepmother had a heart attack and unexpectedly passed away. It was almost as if all of the guilt, shame, and pain came to a head. I was off to the races. I began doing all of the things I swore I’d never do. I swore I’d never been anything like my biological mother, yet I became her. I remember waking up to indulge in opiates before kissing my son a good morning.

Avoidance, mistrust, isolation, and codependency became my reprieve. I cocooned myself into a place of utter isolation. I was disillusioned with the idea that if I isolated, then I was safe. I became a prisoner of my own negative thoughts. All of the things I craved…love, approval, acceptance…I avoided in the trenches of my isolation.

Thus, the cycle continued to spiral out of control, until legal consequences finally caught up. I found myself detoxing on the cold floor of a jail cell. Waking up to reality, to where the disease of addiction had brought me, was stark.

I had become the face of all the women that caused me pain throughout my lifetime.

Walking out of jail, I felt complete apathy. I was offered the gift of sobriety at a dual diagnosis treatment center. I was unsure of many things, but I knew that, left to my own devices, I would use again. Isolation never served anything other than my crippling disease. I walked into treatment surrounded by women; instantly, I recoiled from the community like it was a hot flame. Initially, fear and my ignorant judgments prevented me from bonding with the other women. It wasn’t until I was forced to face the trauma of my past that I was truly able to lay my criticism aside and accept help.

I began engaging in trauma therapy, and it wasn’t long before I was able to see things from an entirely different perspective. I came to believe that not every woman was out to get me. I stopped blaming everyone for my unhealed experiences with women. Once I put on a new pair of lenses, I was able to connect with the women in treatment. I began to relate rather than compare. I found solace in the intimate exchange I experienced with these women.

The time came for me to leave treatment. Stepping into the real world was surreal. Attending meetings, I clung to the women who shared their inspirational stories in the rooms. The women who were able to stay sober through deaths, rejection, and tragedy gave me hope. I got a sponsor and specifically remember her telling me, “If you want to stay sober, do as I do. Act as if, until you become the woman you want to be.”

This became my mantra. I no longer saw myself as less than, but as an equal. This perception change reminded me that I could walk, live, and breathe, just as they did.

Naturally, the grace, compassion, and loyalty these women shared with me restored my faith in real friendships with other women. When I come across challenges and I feel discouraged, these women literally carry me when I cannot carry myself. There’s a secret society made up of the world’s “throwaways.” Together, we step out in love and successfully overcome seemingly fatal adversity.

Laying down age-old resentments, making amends to family/friends we’ve hurt, growing spiritually, and dying to ourselves daily to help the next struggling addict…this is all part of the remedy for any spiritual malady. Humanity, as a whole, would certainly benefit from the process of recovery.

Today, I live a life I would never have imagined years ago. I’m comfortable in my own skin. I gravitate towards intimate interpersonal relationships. I wake up every day with the opportunity to be the woman I was created to be. 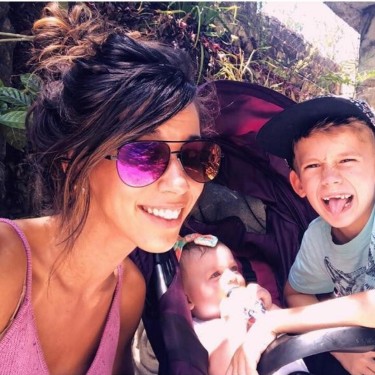 About the Author | Patricia Moceo

Tricia Moceo advocates long-term sobriety by writing for websites like detoxlocal.com, providing resources to recovering addicts and shedding light on the disease of addiction. Tricia is a mother of two, is actively involved in her local recovery community, and is passionate about helping other women find hope in seemingly hopeless situations.

0 comments to "How My Sobriety Restored My Faith in Women"