I knew I was gay around the age of four or five. I can’t tell you how I knew, but it is not uncommon for gay people to know at such an early age. As you can imagine, it was a secret I kept as long as possible. I dared not tell anyone. I knew what would happen if I didn’t keep my secret. Each time I entered church or attended school it was very clear just how intense the hatred was for my “kind.”

At age eighteen I finally told my parents and yes, my worst nightmare came true. They sent me to a physician who sexually molested me. After this incident, I was locked in a psychiatric hospital because they thought I was depressed. I became despondent because I was suffering from being violated sexually. The two people who were supposed to love me told me I was a business risk, I was going to hell, I broke their hearts, and I should go live at the YWCA.

My parents were taught to despise gay people. They also had to make sense of contradictory messages such as “thou shall not judge” and “love your neighbor as yourself” and “treat other people as you want to be treated.” Now faced with their worst nightmare, they feared being shunned by their religious, social and business communities.

Their solution was for me to change, so they sent me to a psychiatrist in another town. I’ll never forget the look on my parents’ faces when the doctor told them he would not and could not change me since I was born this way. What he would help me do was learn to accept myself in a world that flat out did not.

Today, my parents are two of my biggest fans and best friends. They no longer fear being shunned or hated by others because over thirty-five years ago they began bravely questioning their own beliefs. When they did, they discovered that love is stronger than fear; acceptance was more loving than judgment; and, their love for me is more important than what other people think of me.

It turns out my parents always loved me. They just had no clue how to accept me while also following their religious beliefs. Apparently they made peace with that because the only thing I now feel from them is complete and unconditional love.

Emerging on the other side of such a painful journey, I learned to believe the divine power manifested itself as love. Love does not judge others; not by sexual orientation, skin color, body type, history, or any of the countless ways we differ.

Yes, I was born different. Aren’t we all? Some of us have green eyes, some brown. Some are light skinned, some dark. We have red hair, brown hair, straight hair, and curly hair. Human beings are a beautiful weave of colors and cultures, different branches of the same family tree. We are unique in design, just as no two snowflakes or fingerprints are the same.

To create a world of peace the time has come to honor, respect, and nurture our differences because what matters most is how responsibly we behave as people of good, compassionate, and kind character. We may treat others as we want to be treated. As environmental activists, animal advocates and lovers of the natural world, we stand up to those who do not think twice about destroying our planet for monetary gain. We represent peace instead of conflict, cooperation instead of division, conscientiousness instead of carelessness, and empathy instead of cruelty. We stand on the unselfish side of humanity, devoting ourselves to leaving the world a better place for our having lived. I’m pretty sure that is behavior God is okay with whether we are gay or not. 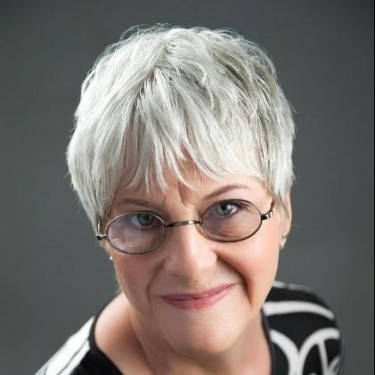 About the Author | Regina Cates

Regina is an author, speaker, podcaster, blogger, positivity junkie, and cheerleader of soul. She champions the underdog and believes there is a superhero within each of us. Regina’s longing to help others live fulfilled lives is the motivating force behind everything she does . Originally from Texas, Regina and her wife, Barbara, live in Los Angeles, California with their dog, Ruby.