Why Could I Not be that Carefree Bird?

Our heart always knows the truth about who we are. Deep down to our core we are the bursting ecstasy of this present moment.

Madness those days had been! My mind was stuck on the paths untraveled. I felt an irritating uneasiness in my heart as I walked outside. I looked up and noticed a flock of birds flying freely in the endless blue sky.

A shiver covered my whole body as I breathed the crisp winter air into my gasping lungs. A smile took over my cold cheeks.

I visualized myself as a bird opening my wings to the limitless possibilities of life.

I was free falling, rushing toward the ground at great speed—and I was okay knowing no one was there to catch me. I did not need catching.

A bird, they say, is not afraid of the tree branch breaking because it trusts its own wings. There I was for a few moments, believing that I was that bird, flying with no worries in my mind or heart.
Then it hit me—why could I not be that carefree bird?

Why was I holding the weight of the world on my shoulders?

Why did I find myself yearning for the past, wishing to bring back the moments that had slipped away?

To get to my car—and the rest of my life.

I had been running past some of the best moments without a thought of slowing down. I had chased my dreams restlessly, accomplished one goal after the other; and yet very often, a wrenching emptiness captured the entirety of my being.

I spent countless nights wide awake, wishing I had slept when I could barely stand on my own two feet, let alone fly. Four to five cups of coffee had become my daily routine.

I had been going too fast.

Then I had said goodbye—over and over again—every time wishing I did not have to let go. I had held onto the pain of the “what ifs” instead of living each moment fully and truthfully so there would be no what ifs to ask.

That is why I was longing for the vanished moments. I had not mindfully honored my feelings. I had not embraced the present moments; instead I had gone through the motions, and now I was sick from the ride.

As I pondered on these thoughts, I stopped. I breathed deeply, then began walking again.
This time slowly—on purpose.

Not to get to a destination, but to experience the journey.

I took 15 minutes to reach the parking garage. Any other day would have taken five.
What did I do for the other 10?

I stared at the sky.

The fiery sunset was waiting to be noticed by my drifting eyes. There were white puffy clouds in the sky. I had learned in middle school that such clouds were an indication of good weather. How had that thought not crossed my mind more often?

I had rushed past the clouds—there was no time to think about such childish things. Yet, in that moment, there I was, childhood memories coming back one after the other. I thought about my friends, my family, everyone I had not seen since the last time I visited my hometown.

Oh that hometown of mine! My heart had been craving to go back. I had a burning desire to soak in the crystal water of that lake where I had first learned to swim. My very first poems were written about that lake. I had spent countless hours in solitude and met wonderful people. I had shared laughs and sleepless nights sitting on the shore making beautiful memories, bonfires, and barbecued fish.

I even kept a few pictures pasted across the pages of a photo album stored safely away in a rarely opened drawer.

I had taken it out for my sister’s birthday to find a picture to attach to the letter I wrote to her. I knew she was going to hold on to it—she and I always kept meaningful little things like that. Such nostalgic types! The dusty boxes in my closet were proof of it. Over the years cards, letters, jewelry, rave attire, pamphlets found their home in those boxes—fragments of moments that would have no value to anybody else, but meant the world to me.

Those were reminders of some of the most amazing times of my life—the moments that seemed to have gone too fast.

I looked to my left. Someone smiled at me. I smiled back. Had I seen this mesmerizing face before? There was a familiarity about it. Maybe we had previously crossed paths; I could not recall.

Day after day, I had been staring at my phone and missed out on the beauty staring right at me. A soul-captivating smile had gone unnoticed.

That’s what happens, my friends. When we are too occupied with nonsense, that smile goes unshared. It gets lost with no chance to penetrate through our souls and remain in our hearts.
Somehow at that precise moment, I had been blessed. Something magical had pulled me away from the madness.

I had caught a glimpse of that breathtaking smile and I had frozen in time.

I had slowed down.

I had slowed down to get to my car.

I had slowed down to get to the rest of my life.

An unexplainable joy exploded through my soul. There were no worries in my heart.

Our hearts always know the truth about who we are. Deep down to our core we are the bursting ecstasy of this present moment.

So slow down my friends. Look up. Take a deep breath. Embrace the beauty around you. Share smiles and laughter.

Notice the sunset. Notice the flock of birds flying freely in the endless blue sky. Be those birds. Open your arms to the universe. Fly away from worries. Freefall into this amazing life knowing that your wings will not let you down. 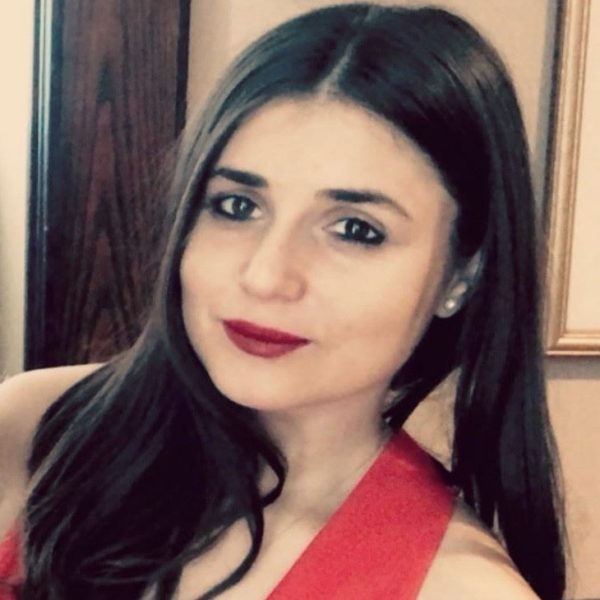 About the Author | Ersa Llakmani

Ersa Llakmani is pursuing her passions in writing and architecture. She is a dreamer, lover, and fighter—a hopeless romantic. Ersa is a sucker for marathons, Spartan races, and boxing. She has been writing from a very early age in her native language, Albanian. She finds inspiration in nature, people she encounters in her travels, everyday human struggle, love, and life. She is an untamed soul, a unique event in the universe.

0 comments to "Why Could I Not be that Carefree Bird?"