If truth is going to have a definition, then one must start with the ultimate truth: We are all going to die. I am going to die.

Hell of a way to start a story, I know.

You don’t know how many times I said those words out loud as an expression of exasperation of my once-upon-a-time situation, never grasping the literal meaning. It was not until the irony became clear that my truth came crashing in on me.

I found my truth in the ironic realization that none of what I was doing had anything to do with me; I found my truth when he got sober and I was still alone. Everyone had moved on. He did have a home, good credit, family and friends and a legacy he could step into. The word “legacy” resonated so strongly with me because I knew I didn’t have one. I had given it away and I needed to establish one based on my life – because we are all going to die.

I am going to die.

It bears repeating because I’ve discovered so many of us are obsessed with trying to live forever and accumulate wealth and things that we never concentrate on the ordinary moments in time that are rushing past.

When my focus moved off of only one person and moved out to many people, myself included, I noticed all the stories, the moments, the people living and leaving ordinary legacies all around me. I felt compelled to do the same. The lessons I learned about leaving an ordinary legacy are powerful.

Serve others when you can; even the smallest efforts are impactful. Do this without expectation of any reward, other than the knowledge that you did something good.

Embrace the ordinary; it’s truly where legacy resides. So many of the legacy moments I noticed were small gestures, kitchen table wisdom, natural and not manufactured. They were impromptu dinners or walks or phone calls or rain showers or cool evenings.

Never defend your truth. Listen, understand, and learn, but never defend. I’ve been criticized for what I gave up, I’ve been pitied for the way things turned out, but I have no malice. It’s all part of my story, all part of the choices I made, all part of what has made me what I am today.

I began writing “Ordinary Legacy” with the hope that people would see that everyone is leaving a legacy and that you can nurture it, you have control of it, you can live your life the way you want your story told. I continue to write “Ordinary Legacy” because I know that I am not going to live forever. I am going to die, but I want to leave behind something ordinary yet significant that will live on.

I want so very much to help others do the same through story seeking and telling. There are so many stories to be told and preserved through words and images and the touch of a hand. I’d love to tell as many as I can in the time I’ve been given. I don’t know how much time that will be, nor does anyone, but wasting it on the pursuit of anything but truth just doesn’t seem an option. I hope you’ll join me in doing the same. 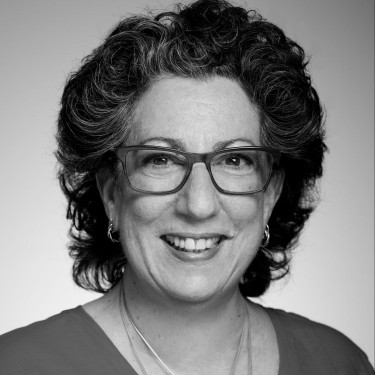 About the Author | Sandi LoConti

Sandi LoConti is a writer, story seeker and preservationist, accidental photographer and lover of all things ordinary. She is the curator of ordinarylegacy.com dedicated to gathering and preserving the ordinary stories that make up extraordinary legacies. She believes in food for thought and moments in time. She is living her life the way she wants her story told happily on Stowe Lane. Find Sandi’s work at www.ordinarylegacy.com.