We dug time into our blood. We invented stories with old and broken dolls. We heated our kitchens with kerosene until our hands were blistered. We made long queues to get food. Our grandmothers carried huge bags of rice on their shoulders. They sold trinkets to survive. My brother and I played dodgeball, throwing the ball with violence to the one who’d disappear. We walked along the wall with an empty box.

We cried because of the winter, because the pain and the screaming were getting longer each time. In our block in Túpac Amaru Avenue, mothers left home leaving their little children alone inside their houses. We and them. You. Our joy was a dream entering another dream. And me, over and over again me, without love, saw my father and my brother leave, fall.

We had countless days to get to know the dream world. I remember lying down on my mother’s bed for hours without knowing what else to imagine, what else to do or to think. That boredom of those living to be defeated, that early disconnection hanging on through time. Death’s sister, or perhaps death’s little daughter, wrapped us up in threads of sorrow, comfort, and unruffled peace.

We were the sons and daughters of Generation X, the generation of idiots. As the poet Leonor García Hernando said: “The idiot is an unfinished being.” And we, still teenagers, suffered from that incapacity. But it was calmness that let us realize that we were falling. We were falling into a deep hole full of sex, alcohol, and religion. Nobody read, nobody was into politics, nobody wrote. We were in silence, lighting up candles, hiding, locking ourselves in our houses waiting for the months to pass by hoping for things to be different. But the truth is that nothing ever changed.

Then we had to be heroes. Heroes of surviving, heroes who knew that they were there, that they existed. Because heroes never die. Like the sea, they keep on being. But we still waited for the rain to keep us clean and strong in our minds and spirits.

Without a Virgilio, a Marx, a Mariátegui, or a Plato to lead us, where could we possibly go? Only to our minds. What had we done without them? Maybe hang suicidal to the tree of vertigo. The times we wanted to cut our veins just a little. But we couldn’t. We were cowards. Cowards all the time. It was fear. It’s always been fear. Fear of ourselves. Of how incapable we were of leaving that room that we’ve locked ourselves in. Because we didn’t really know who we were.

We had lived in a country that tried to confuse us, deny us, forget us, and erase us from history, from our families and from the world. And there we were, almost all the time, lying horizontally like the dead. Our houses, our phones, universities, the media, the food, informality and corruptions, the church, the Shining Path (the Communist Party of Peru), the military, they were all coffins prepared for our burial. That was the area.

And what happened there, what we were there, never existed. A disaster, a place with no telos, no goals, no means for any women, men, children, or old people. Things were moving apart, ungratefully. I was aware of humiliation, ignorance, deception, lies, traps. I calmly remembered my father’s face, my grandma’s gray plats, the Comas mountains, the weird bark of my dog Noite, the wall that I used to walk along with my box of toys, the avocado tree that my grandpa planted. There, there was where all the other buildings collapsed. There, my six homes. My dodgy fridge full of gemstones. I tried to break the lace, the rope that keeps the good sheep tied, that sheep that only knows how to eat because it’s never been taught anything else.

I wanted to learn and that’s why I played spin the bottle. I played for the minimum happiness, for the consolation, the contemplation. It was no longer important to eat, to dress up, to sleep well, the future, my studies, politics. It was important to pay attention to that stain, to the province, to what was missing, to the blood, the empty streets, the mist, the quechuas, the mud, the shaking.

It was the tuberculosis’ breath what awoke me to the emptiness of a name. The name of Peru. An invention of something that I’m not, that doesn’t define me but rather breaks me. Because I don’t understand it. I don’t understand it but I keep on pronouncing it and I’m not tired of it. I’m not sick of it. And like that, covered in the woodchips of its letters, the tree of knowledge disappears and I wander like a zombie looking for the forbidden fruit: truth, memory, justice. 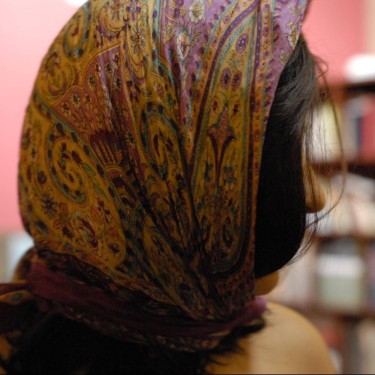 About the Author | Teresa Orbegoso

Teresa Orbegoso was born in Lima, Peru in 1976. In 2011, she published her poems, Yana Wayra, with Urbano Marginal publisher (Lima). In 2013, she published “Mestiza” (Mix-raced) with Ediciones del Dock (Buenos Aires), and in 2014, “La mujer de la Bestia” (The Woman of the Beast) with Trópico Sur publisher (Montevideo).

0 comments to "Ten Seasons of Underdevelopment"