Sorting Out the Loft Boxes

I’ve gotten to the grand age of 54 and am finally finding out who I am. Since the age of 15, I have been in and out of therapy, mainly counseling, trying to tell my truth. At the start of my journey, I didn’t know what to say and have spent many hours of silent sessions going home frustrated that I just couldn’t find the words to express how I felt or to say what was happening to me. I didn’t really know what was happening to me. I had no knowledge of it, and it felt wrong, but my inexperienced young mind and body knew no different.

Then I had a light bulb moment when everything became illuminated, through the launch of Childline in the UK. I realized that what had happened to me was abuse. I realized that from the age of nine, my uncle had groomed me and then abused me. I began to talk about what had happened but still had so much locked inside and still found it oh so difficult to let out the feelings and talk openly about it. I cried out for help but still couldn’t find the words.

The truth came out over the years in drips and drabs. Sometimes it felt like I was saying the same things over and over, but I was actually uncovering layers of hurt and pain. There were times when I just wanted to give up, but I didn’t. I held onto the fact that people saw me as a strong woman, although it took a long while to see that for myself.

Last year, after a break from counseling, I reached out again and met someone who is now helping me to take back control in my life. We talk about all the stuff in my head as the boxes in the loft that need to be sorted out. Some of these boxes have been taped up and need to be gently opened and explored so the contents are not damaged; some have been opened and rummaged through but not sorted out; and some have been tipped all over the floor and the contents need to be gathered back together and dusted off.

Ultimately, I need to decide what I want to keep or throw away.

I know that some boxes need extra special care like the Christmas decorations. This box of decorations holds my innermost feelings, my most tender and most damaged parts, my trust in others, my faith, my sexuality, and my ability to love and share. I have peeped in this box often but never dared before to take anything out and look at it properly.

My fairy lights have become knotted and tangled and need to be gently teased out and untangled before they can be used—and once they are, I know that they will sparkle brightly and bring me joy. 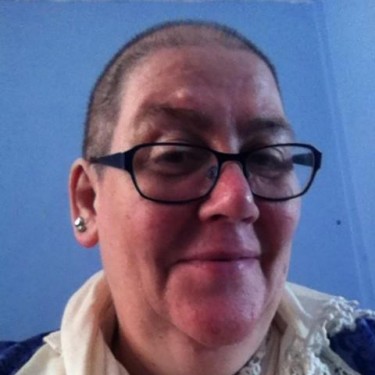 About the Author | Deb Mansell

Deb Mansell is a writer, a poet, and a singer. She enjoys singing in a group of 12 women from all different walks of life; together, they sing close harmonies in a variety of songs. She also sings with a group made up of unpaid caretakers, for therapy and fun. When she found her voice, she sang out and told truths not everyone wanted to hear, but she has continued to sing and will continue to speak out.

11 comments to "Sorting Out the Loft Boxes"