My father gave me my Caucasian heritage and impressed upon me the importance of marrying a man who valued his family. This was because his father abandoned him before birth in the late 1920s, a time when the term bastard was often used.

My mother gave me my Hawaiian-Japanese heritage. She didn’t know who her father was. Her grandparents took her away from her mother around 1926 and raised her in Hawaii, directly above Pearl Harbor, as their own. She was 14 when she was told the person she called Big Sister was her mother. Three years later, Pearl Harbor was bombed by the Japanese.

The trauma they both experienced was passed on to me and my siblings through expectations, rules, and beliefs. They included: Children are to be seen and not heard. A woman’s destiny is to marry well. College isn’t important for women because their husbands will take care of them. Men are to be revered over women.

I absorbed their belief systems. I finished high school in 1978 and married my sweetheart, Joe. I supported Joe’s Air Force career and was employed in jobs that fit around our moves from overseas locations to several states. I was known as Joe’s girlfriend in school, and Mrs. Joe to our friends. I didn’t have an identity.

I kept the home fires burning while Joe was gone three weeks out of the month for his job. I took care of our children, Victoria and Joe, Jr. I was a soccer mom, Girl Scout Leader, and in the PTA and other volunteer positions that supported our children. Joe was patriotic and believed in his mission. I believed in it, too, but who was I?

Mom came to live with us in 2002; Dad passed away in 1998. She kept falling, and it wasn’t safe for her to live by herself anymore.

After Joe retired from the Air Force in 2003, he went to work for the railroad. The beliefs he had were the same as my father’s; that is, he had to take care of his family. However, he was gone all the time again.

Mom fell while I was at work and shattered her hip. She stayed in a nursing home for four months to recuperate. She needed care, so I quit my job in April 2005.

The next month, my daughter, Victoria, and her husband decided I could watch their children since I was home with Grandma. This was OK for an evening out, but they left for weeks at a time. I was now raising  a nine-month-old, Juliet, and a 23-month-old, Jasper. On top of taking care of Mom.

I didn’t have the time or the energy to figure out who I was.

After two months of this, Joe and I applied for legal guardianship. We were granted it in February 2006.

Eventually, Mom developed dementia. She didn’t like having the littles around, and she believed I wasn’t taking care of her. She even tried to run Jasper over with her walker. My sisters and I made the decision to move Mom to assisted living. While she was there, she self-isolated and just marked time.

Mom passed away in August 2008. I was devastated and felt guilty. It was my fault she was there.

Mom’s death was a catalyst. I had been unhappy for years. I was still raising Jasper, now five, and Juliet, now almost four. I felt like a piece of furniture in our home, and I still didn’t know who I was or what my purpose was. I asked myself, “Do I want to mark time like Mom?”

My journey of self-discovery began. I chose a career I wanted, in a healing field. I am now a massage therapist. I wasn’t happy in my marriage, so I took action. We couldn’t resolve our differences, so I’m divorced six years now after 30+ years of marriage. I’m a strong manifestor and have manifested many things in my life; some were great and some were painful life lessons. One dream or intention was to write a book. I’m in the process of it now, and it will be published in Spring 2019.

My book is a self-help memoir. During the writing, I analyzed everything I have shared with you in this story. The one piece I didn’t include until now was the sexual assault I experienced from my step-grandfather. I was ten years old. I buried this act under layers of daily living, but it affected my personality, made me fearful, and made me the pleaser I was for 38 years.

Now, I’m taking my life back. I am a Phoenix Rising and want to help others be the same. 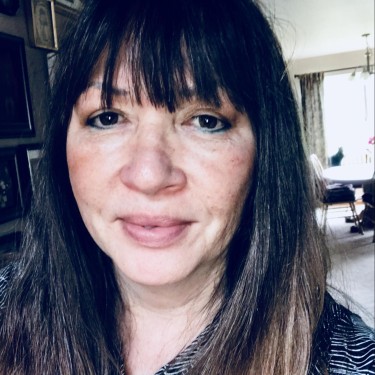 About the Author | Darcey Kesner

Darcey Kesner Hawkins is an author, speaker, and guide who helps others find their authentic self and guides them to live with intention and purpose so they can become a Phoenix Rising. Darcey lives in the Pacific Northwest with her two grandchildren and their two black cats. Connect with her at DarceyKesnerHawkins.com.