Ripping Off the Band-Aid

It was the fall of 2008 to the spring of 2009. Obama had recently been elected to office. I was living in Austin. In a little apartment where our bed was in the kitchen and Violet’s room was the only proper room. In a place where the TV was bigger than the window. God damn it, I hated that fucking TV.

Violet had a little table where she played music by pushing buttons. She and I hiked and walked together, along with our beautifully made yellow lab. Sandy. There was a jade plant in the tiny kitchen that was dying from within. Lack of light. Lack of nurturing. No tending, just hoping it would always look like it once did.

I entered this phase of my life with a feeling of hopefulness, of adventure. I left my job in Boulder saying to my friends, “More will be revealed.” I had high hopes of a tight family. One who was creating the stories that would live on in infamy around the kitchen table for generations. Well, I guess that did happen. I guess there was a story. It’s not one of those high hopes. But, looking back, it took me to higher places, more glorious roads than I had thought were possible.

Inappropriate timing is what I would call this phase. My daughter was too young. I was too depressed. My husband was too drunk on power and other things. And we had just moved. Twice. And to add a little footnote: I hadn’t slept more than three hours in 18 months.

The words I heard were cutting, and I mean on a soul level. These words betrayed everything I wanted a marriage to be. For example: “Get it together. Women for ages have learned how to do this right. Why is it so hard for you?”; “The dinner smells too strong”; “Why haven’t you made dinner?”; and “Do whatever it takes to make this house a home.”

Was this was the person to whom I made the vow, “In heaven, too, you will hold my hand”?

Every time these explosions surfaced, my body reacted as if my eyes had just seen a car crash. I can’t explain why this hurt me so much. I wanted it to be different. And he told me it was different. That my experience was not what was really happening.

Enter the extreme state of confusion. Calling best friends in the bottom of a closet, door closed. No one could see. If I had a cellar, I’d crawl in it. Many times I wanted to just crawl into a grave. The end.

The wound was starting to outgrow the Band-Aid. This patch was hanging on by small pieces of intact skin, that if moved, would pop the Band-Aid right off and expose the gaping hole. If you were to you peek inside, you’d see the residue from years and years of this kind of love.

It popped off one day. One day he called to say, “I’m going to extend this business trip one more day, so I can play golf.” Roger that. I proceeded to call my 19-year-old brother to help me squeeze everything I cherished into my little Honda CRV. This included my daughter (who was playing and sing-songing in her car seat) random clothes, my lockbox, and a TV the size of a pillow. Oh, and I took me, too.

I did write a note for him saying, “I left and I have Violet. The next time we talk, be prepared to listen.” 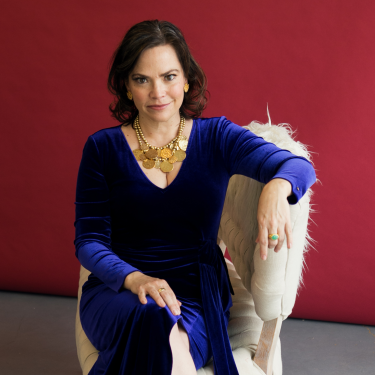 About the Author | Summer Star Howard

Summer Star Howard helps women find their voice during and after divorce. As a Certified Divorce Coach, Summer helps individuals and families create a happier â€œnew normalâ€ after divorce (using what she calls Divorce Alchemy). She lives with her beautifully blended family near Boulder, Colorado. You can find her online at TheSummerStar.com and BridgeToBliss.com.

18 comments to "Ripping Off the Band-Aid"