In the spring of 2014, life was very busy. We were purchasing a new house and selling our existing home. I was starting to get some traction on a business I’d purchased the year before. I was chairing our elementary school auction. And my widowed mom required more care as she struggled with depression in Eastern Washington.

About that time, I noticed my lymph nodes were swollen and I wasn’t sick. I thought it was odd and knew I should go to the doctor. But I was too busy. I’d deal with it later.

The weekend we moved into our new house, I got a call from my sister. She was frantic. My mom had been discovered wandering around her nightgown telling the neighbors that the river was going to flood and the end was coming—and many other dark and disturbing things a daughter should never her her mom say.

Over the next week, we learned that my 83-year-old mom had had a psychotic break, and she was transferred to a psychiatric geriatric hospital in the Seattle area. Once she was released and we found an assisted living facility close by, life fluttered a bit. Enough for me to remember that my lymph nodes were still swollen and I needed to deal with it.

After a few doctor visits and blood tests, I was referred to an oncologist. Upon a physical exam, he said it was very likely I had lymphoma, but not to worry—it was treatable with a high success rate. The next step was a lymph node biopsy to determine lymphoma type and stage.

After the biopsy, while I waited for the diagnosis, I went on a previously planned trip to the beach with one of my best college girlfriends. We talked a lot about my fears, but for the most part, I continued my previous behavior of just not wanting to deal with it. There’s a picture of me literally sticking my head in the sand, which accurately portrays my denial.

A week later, I received a call from the oncologist. He started the call by saying, “You have a not-so-good prognosis,” and proceeded to tell me I had chronic lymphocytic leukemia (CLL). I also had two of the genetic markers that indicated a faster and more aggressive progression of the disease.

My world was rocked. My kids were four and six years old. Would I see them grow up? What would I do with my business? What were my treatment options? The rest of that summer was a blur of doctor appointments and tears.

As I muddled through next steps with my incredible husband, sister, and friends, I started going to Seattle Cancer Care Alliance. CLL manifests very differently in patients, and the common treatment plan is known as “watch and wait.” Your bloodwork is taken at regular intervals, and treatment doesn’t begin until certain symptoms and bloodwork markers are present. Although I had concerning genetic markers, my oncologist felt the best action for me was to watch and wait.

I’ve always been a compartmentalizer, so I engaged a technique of mine that I refer to as the bookshelf. I thought of my disease as a book on a shelf. When I had to go to my appointments every six weeks, I’d take my book off the shelf and read what I needed to and then put it back.

From 2014 to 2015, I was fairly private about my disease, but over the summer, my health started declining. I began to get night sweats, my bloodwork was declining rapidly, and in November my oncologist told me I’d need to start treatment.

The thing with CLL is that you don’t treat and go into remission. The C stands for chronic, which means you manage it. I felt like starting treatment was the beginning of the end.

On January 1, I did the Polar Bear Plunge and took my first dose of the newly FDA-approved drug to manage CLL. I was so scared, but I had minimal side effects and was monitored very closely with weekly lab visits. Things were going OK.

One morning about a month in, I woke up and had floaters in my left eye. The next day, it was worse. By the third day, I could no longer see out of my left eye. After eight hours in the ER and several visits to the ophthalmologist, it was determined I had uveitis—an inflammation of my iris. It couldn’t definitively be tied to the medication, but my doctor pulled me off to be safe. I spent most of this year on steroids to get my vision back. They had the side benefit of also helping manage the CLL.

In 2017, things really started going downhill. By the summer, I couldn’t walk a quarter of a mile without getting winded. My bloodwork was going down the tubes fast. I needed treatment and my options were limited, so I explored clinical trials.

I ended up meeting Dr. Pagel at the Swedish Cancer Institute. The first thing he said to me was, “You are too young to be dealing with all this.” I felt like I had found the doctor that could help me. He talked me through the three options he felt were most appropriate: a newly FDA-approved drug for people like me that had failed one treatment option; stem-cell transplant; and a Clinical Trial.

Based on the risks in the first two choices, I decided to enroll in the clinical trial. I chose to be excited about treatment and was grateful to have found a doctor that I connected with and who had my best interests at heart. I chose to believe.

I’ve been on this clinical trial for 18 months, and I feel like myself again. I am healthy and strong. I write this affirmation in my journal every day. And I say F-U to the not-so-good prognosis! 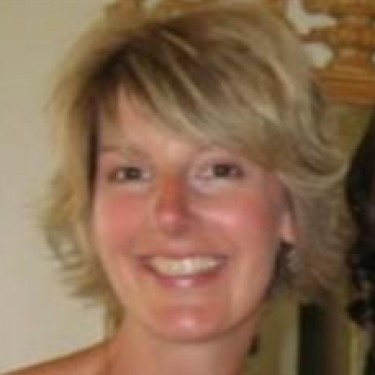 About the Author | Julie Fry

Julie Fry is a mom of two, living in the Seattle, Washington area and lives her passion running the mom-entreprenuer support organization, Business Among Moms. She loves hiking, playing tennis and laughing at Trump jokes on Saturday Night Live with her husband.

0 comments to "My Not-So-Good Prognosis"