The Art of Release

It’s seems impossible to get through life without being hurt, be it physically, emotionally, or mentally. Much is written about the need to forgive those who have wronged us. Books, magazines, as well as Facebook and Instagram feeds, are flooded with articles and quotes touting the value of forgiveness.

I’d like to introduce an alternative word and process for adapting to and working through the emotions we experience due to the wrongs we encounter. The word is release. Yes, it’s similar to letting go, but I use it as a healthy and completely acceptable alternative to forgiveness. Release allows one to begin healing without introducing guilt for not feeling ready or able to forgive the offender. I’d like to see release used as a substitute for forgiveness.

In my thinking, forgiveness is something someone asks of you, or something you extend to another. Release is something you do purely for yourself, although the benefits ripple through every facet of your life. Release allows one to jettison the anger, pain, obsessive thoughts—whatever emotions are attacking one’s psyche—and replace them with feelings of peace, freedom, and a sense of control.

Forgiveness is not necessary to experience release. Depending on the situation, forgiveness is a difficult concept to embrace and may never seem appropriate. Embracing the concept of release is life-saving and life-enhancing. Holding on to the pain and anger of injury as a way of getting back at the offender is akin to drinking poison and expecting the other person to die.

By holding on to the anger and pain you feel toward the person who wronged you, you experience the anguish over and over. The object of your anger is completely oblivious, untouched by the pain and vengeance you are attempting to project onto him. Your suffering is multiplied. Admittedly, anger can be a motivator for positive change, but once it has served its purpose, anger steals one’s ability to move forward.

My story unfolds on a bright, sunny, spring morning in March 2011. As I kissed my daughter goodbye as she boarded the bus to her elementary school, I had no inkling that moments later, my entire life would begin to unravel. My morning ritual of enjoying a mug of hot black coffee while perusing my emails was altered by my husband accidentally leaving open his email—which led to the discovery of a secret email account.

What I unearthed catapulted me into a deep, tortuous abyss. Emails describing a current affair, outlined in agonizing detail—secret rendezvous, sexual trysts, words of love and yearning, links to special songs, photos of his mistress partially clothed, photos of a weekend beach vacation, as well as previous communication with other women. The emails between him and four other women indicated that his infidelity had been ongoing, off and on for the last five years of our 20-year marriage.

Almost 16 years earlier, in December 2005, my husband had come to me in tears, admitting to a four-month affair that had occurred earlier that year. He had been so overcome with guilt and remorse that he sought counsel from a priest, who told him not to disclose the affair. Distraught and penitent, my husband professed his love for our son and me, and his determination to be a better husband and father. I don’t recall if he vowed to remain faithful to our family, but I’m sure it was my assumption at the time. Discovering he had broken that vow many times over was a crushing blow.

I bristled at the thought of forgiving him, someone who had hurt me so deeply and had shown such disregard for me as a human being. He, as well as his mistress, didn’t warrant forgiveness; there was no room in my soul for charity toward them. That’s what forgiveness came to mean to me—giving someone a free pass, letting them off the hook for their misdeeds. Not everyone deserves forgiveness, but every victim deserves release from the agonizing, swirling, chaotic scrambling that takes over one’s mind.

I struggled mightily to heal my wounds, eventually embracing the concept of, letting go. As I moved into healing, when painful thoughts or images entered my mind, I envisioned a large red balloon encasing them. In my minds eye, I held the string of the balloon above my head and released it. I watched the red balloon rise into the clouds and disappear, taking my pain with it.

Healing from traumatic circumstances can take a very long time. The love and support of family, friends, and finding a good therapist you can pour yourself out to are crucial in reconstructing your “self.” Consciously working toward releasing the destructive feelings consuming your mind buffers the injury and allows you to regain control, little by little.

My husband and I went to counseling and worked for three years to rebuild the foundation of our marriage. Ultimately, we divorced. We share our children, as well as an amicable relationship. Occasionally, situations will stir anger or resentment, but time and again, I find that by choosing to release the hurtful emotions, I am transported back to the present—and the happy life I now lead. 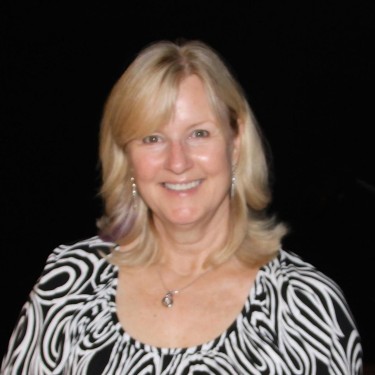 About the Author | Lisabeth Hughes

Lisabeth, loves everything that grows--children, animals, plants and trees. Lisabeth, her daughter and their three cats reside in southeastern PA. Bird watching, photography, writing, jewelry making and travel engage her senses when she's not working part-time for a popular outdoor retailer. Originally a farm girl from southwestern Illinois, nature is her longest and truest love.

2 comments to "The Art of Release"