One day I was lucky enough to bear a child—a beautiful, chubby little abundance of joy. I didn’t expect to be pregnant at 20. I had high hopes, ambitions, and dreams. But one hedonistic summer after my first year at university, I came home to work, drink copious amounts of booze, smoke copious amounts of grass…and, it seems, get pregnant.

Life didn’t get off to the smooth start that I hoped for, but I made the choice to try to embrace it. I got fat, seriously fat, and then I hated myself. The svelte body of my teens was gone forever. Then came the birth, which lasted a long time, and it was painful. Nobody had prepared me for the horror of it. She wouldn’t come out because she was too big, so I had to have an operation. When she did come out, I wasn’t sure if she was mine. I had blonde curls and she had straight black hair. Had there been some mistake?

I swapped nights out partying in Manchester for nights in cleaning puke and changing nappies. My friends were at uni—living life, partying, and getting laid. When they came home to visit, we had nothing to talk about, and I had nothing to say that was interesting. They typically stayed for an hour, then went off to get drunk and high.

I didn’t know anyone with kids. I didn’t know what to do with a baby, either: She got hiccups and I called the doctor. I wondered if she’s OK and if it was serious. She cried all the time: morning, noon, and night. I just wanted two minutes to myself. I had to take her into the bathroom with me just to urinate. I had no money, no job, and no prospects. It was lonely. I was exhausted. I was deranged. I cried a lot. I forgot to eat, which was good, as the weight came off and I didn’t despise myself quite so much.

I spent most of my time worrying that my baby was OK. I had no set routine. I made a goal for myself to leave the house once a day to buy milk. I walked around my old town, with a pram, in the rain, wearing baggy clothing. I felt like a loser.

I planned to go back to uni after having a year off but realized that I couldn’t. It was just too unmanageable on my own. And anyway..a degree in fashion? No thanks. I was a real human being now, a mum.

After a while, it all made sense: I loved my little baby so much, and I needed to be the best mother that I could. I owed it to her, and I wanted the best for her. This was the biggest responsibility I had ever felt in my life, and it was crucifying. That feeling never went away—I just learned to live with it.

I got a part-time job in a clothes shop. It was a bit of cash, I was surrounded by beautiful clothes, and I got to have some adult conversation. A year later, I was offered a full-time position and I jumped at the chance. My baby went to nursery. I loved working at the shop, being part of a team, having a focus, meeting new people, wearing beautiful clothes—and it was about all I could manage.

One day my old teacher from school came in, and when the boss was in the back, she said, “Hannah, what are you doing in here? I’m sure it’s very nice but this isn’t for you—get yourself back to university.” I took her advice and applied that evening.

Everything slotted into place. I somehow found my way. I provided, I cared, I loved. Nappy-changing progressed to potty training and teeth brushing. Then it was eating and talking.

Getting a school certificate for “Always Doing the Right Thing.”

Friends for tea and birthday parties.

Not letting her go out.

Advising her on alcohol and drugs.

Teaching her how to cook.

Going out to dinner.

Yes. Sigh. I heard it right—she was leaving. She was doing what I brought her up to do: going off to make her mark on the world with enthusiasm and confidence.

But nobody ever tells you that you have to say goodbye. 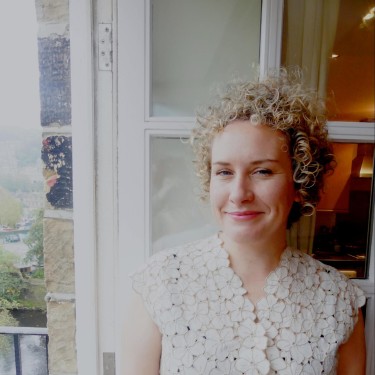 About the Author | Hannah Anstee

Hannah Anstee is a health and well-being journalist. She is 40 and single, and her daughter has just left home, so she is attempting to embrace her newfound freedom and navigate the modern world. Not prepared to suffer empty nest syndrome, Hannah is moving to Hanoi. She's never been, she doesn't know anyone there, and she can't speak Vietnamese. You can follow her journey at: somehannahsthinkdifferent.com